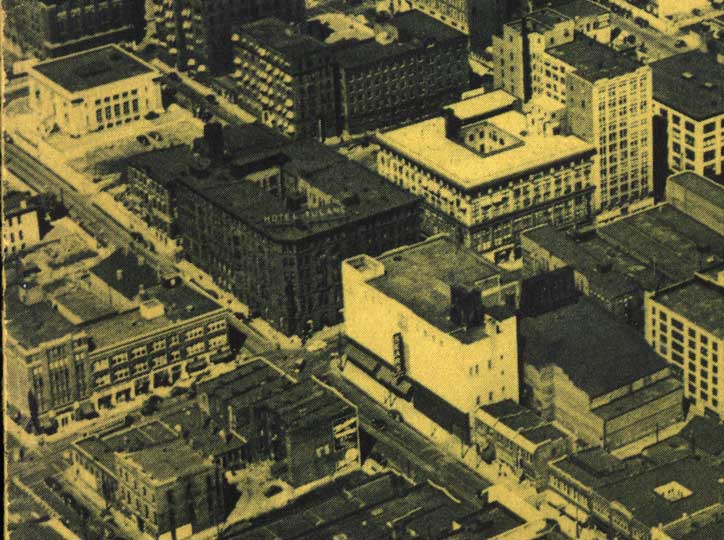 "Across Church St.from the Hotel Tulane is the Sears/Roebuck store -it moved down on 7th and Lafayette in 1951-52 I think. The old sears store was then taken over by a Department store called "Gold and Silver"

Behind the Bennie Dillon Bldg you can see the YWCA for women and across the street from the YWCA was the YMCA."
-Jim Stephens (JimRV6)